It was a beautiful day to learn bike-handling skills with thirteen folks who attended the BRAC Women’s+ Crit Clinic this past Sunday. Patricia “Paddy” Schwager of ALP Cycles Coaching led us through several exercises so we left confident on the bike. Of the thirteen women+ in attendance, four were interested in racing, five were Cat 5’s, and four were Cat 4’s. 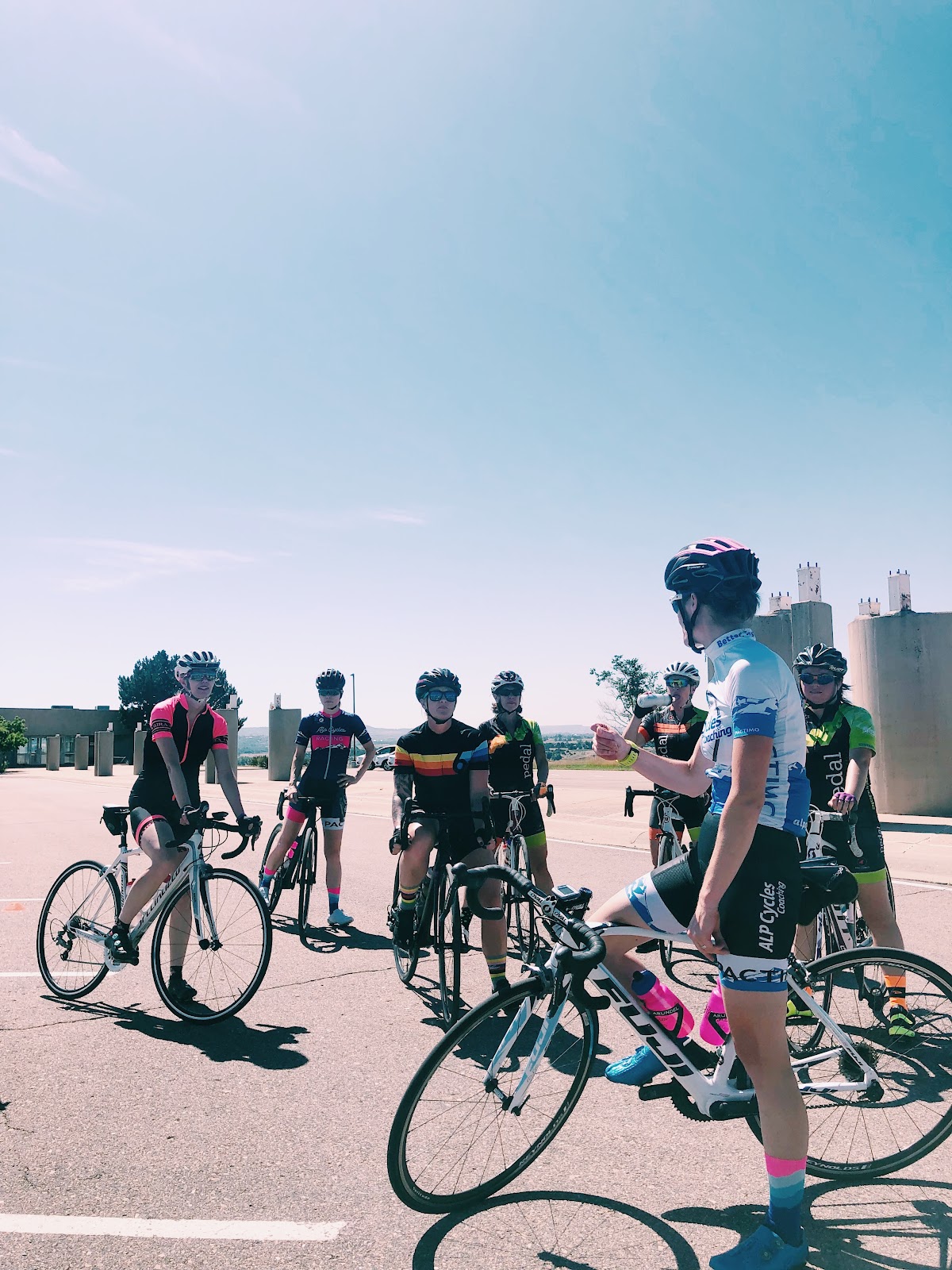 At first, the riders were a little shy, but they warmed up quickly as we completed the first exercise: cone drills. Before the group snaked around the bright orange cones, Paddy explained the importance of weight on the bike: both on the handlebars and pedals.

Paddy and I set up cones equal distance between each other and instructed the riders to weave around the cones. At first, they were to only look at the cone directly ahead of them. After, riders were to look at the furthest cone. This was practicing your bike-handling skills as well as trusting your peripheral vision. 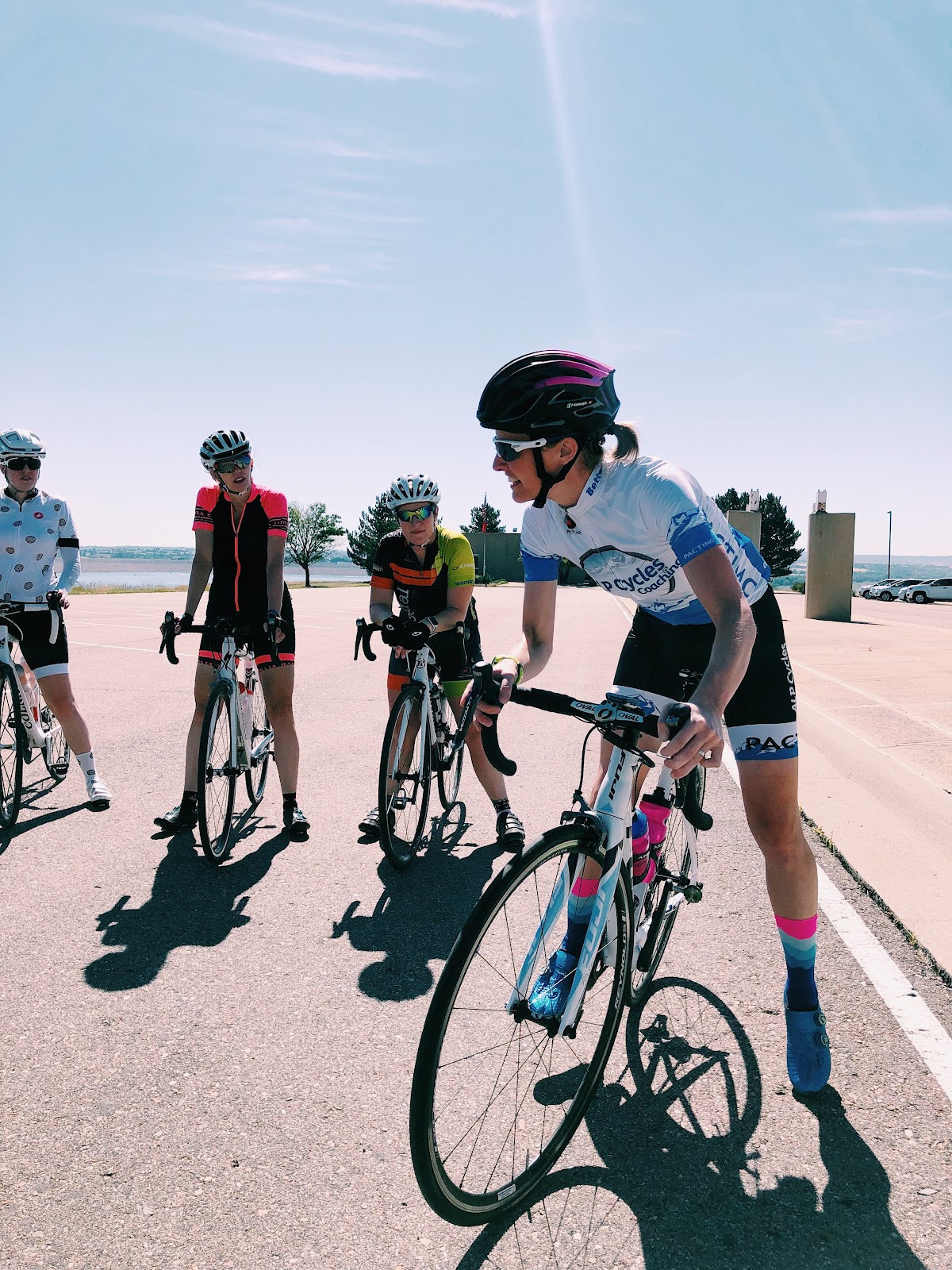 After we got comfortable winding around the cones, Paddy and I set up a square course for the next drill. Riders were to practice looking two cones ahead while taking bigger turns on the bike. This drill was to help riders learn how to look through the turn instead of focusing on only what’s directly in front of them. We went both clockwise and counterclockwise as we all know – we take both left and right turns. The women+ also practiced doing U-turns around a cone and as we saw at the Lyons/Ned Omnium Crit, this skill is paramount. 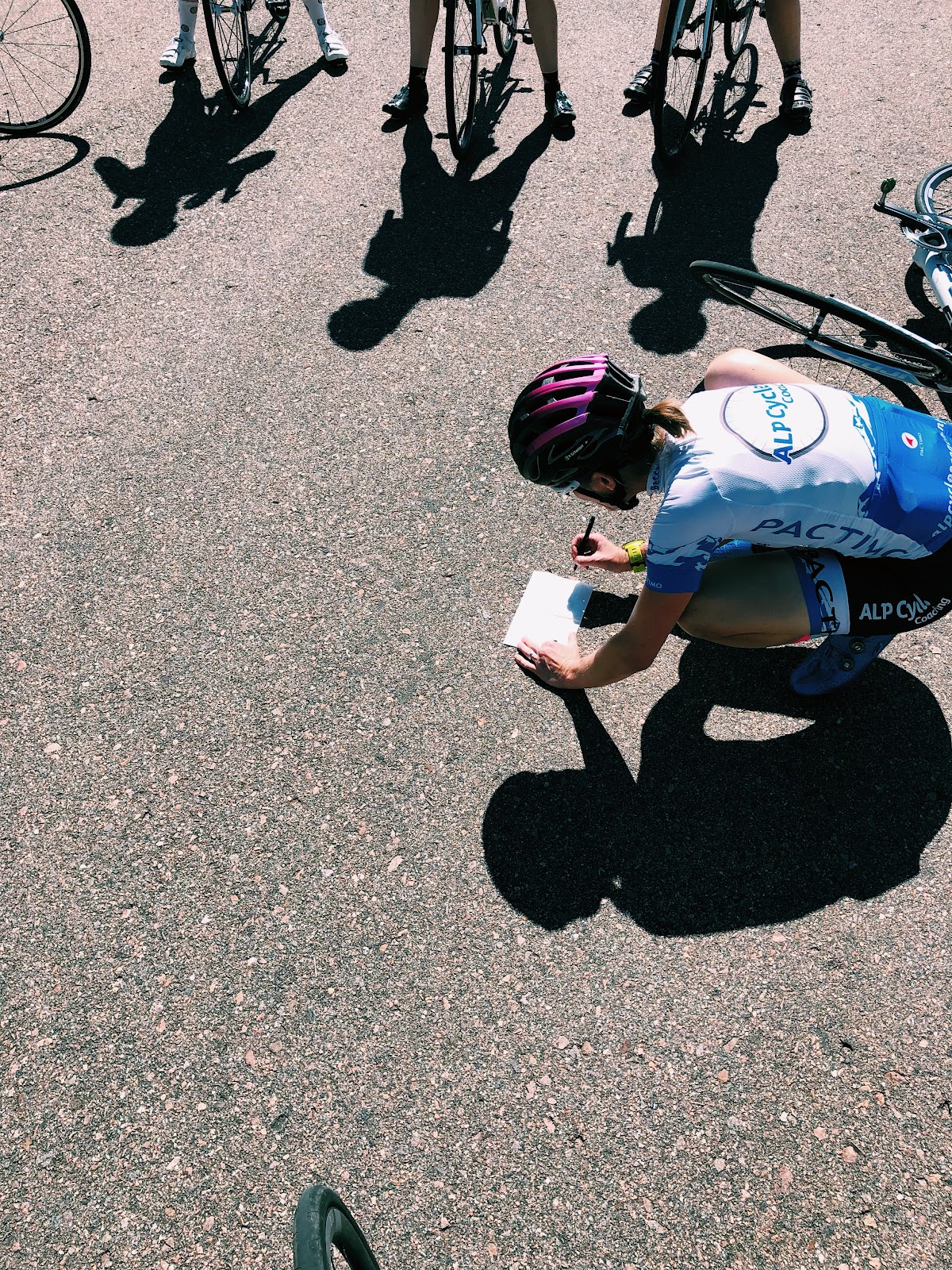 As the riders grew more confident in their skills, Paddy increased the level of difficulty. We had the riders ride side-by-side, touching each other’s shoulders, sides, and handlebars. After a couple of laps, they switched sides and repeated. Next, we added a third rider, creating a sandwich of people. The group of three continued practicing touching shoulders and sides and changing positions within the group so everyone got to feel what it was like to be sandwiched. 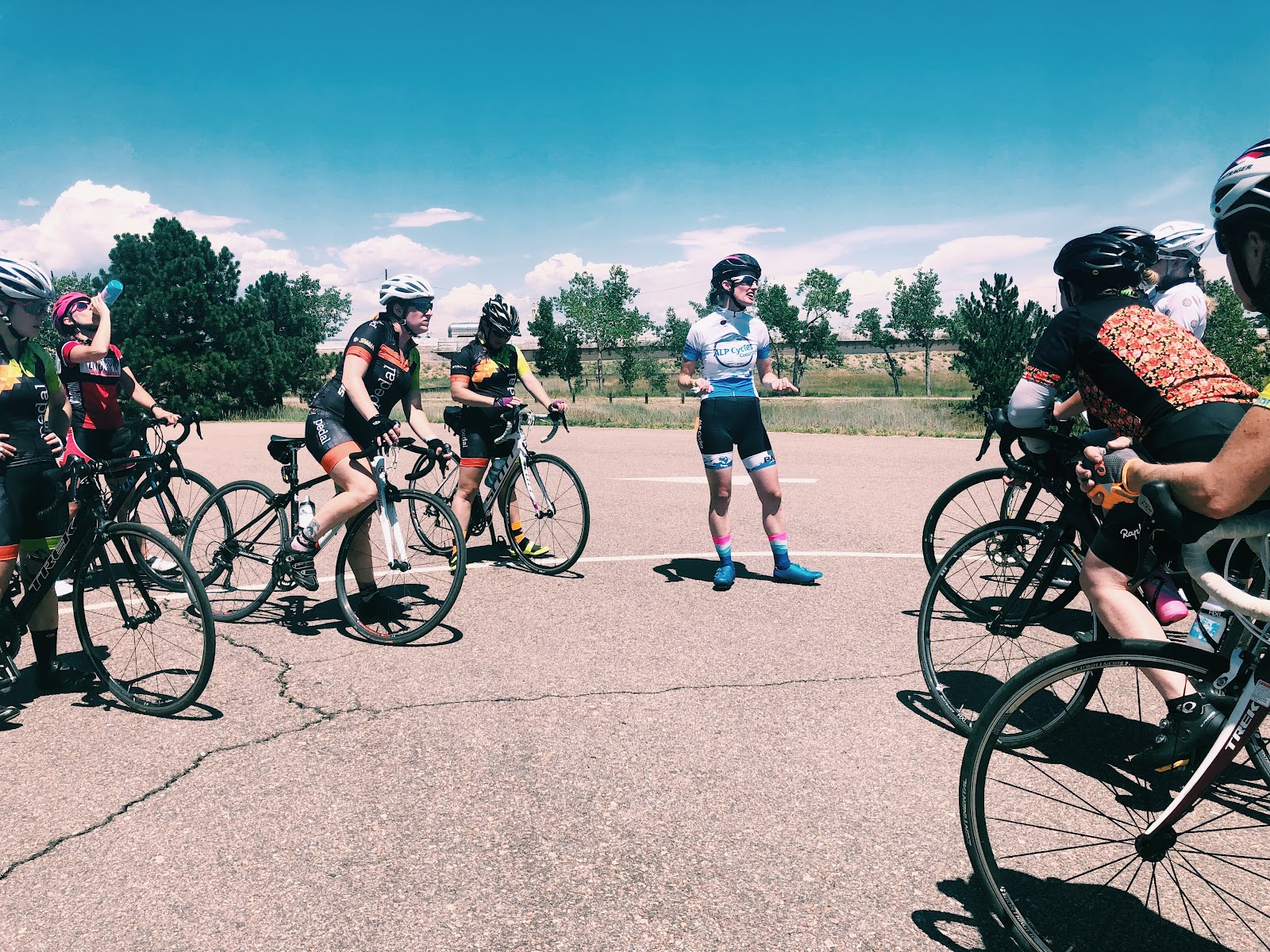 We rounded off the clinic with sprints and learning the best position for them and how to move up in a crit. First, we snaked around each other as we did with the orange cones, but this time, we were all moving targets. This taught us how to safely ride through and around racers, while also communicating what we’re doing. Naturally, this will be different in a race, but safety and communication are always important.

Sign up to receive my latest musings, anecdotes, and tips.